Please note it is definitely on the Sunday which is the 16th October. (The original post said Sunday 15th)

On Sunday 16th October (10am – 5pm), the Garden Club are inviting people to come and press their own apple juice outside the Cricket Pavilion on the Oval.  They will have equipment on loan to enable you to press your apples, whether home-grown or bought, and make tasty juice (which can also be pasteurised to lengthen shelf life).  Teamwork will be needed so please be prepared to help muck in to help each other out. The Pavilion will be open for use of the toilet & making hot drinks.

The Garden Club holds a monthly meeting so that members can share their knowledge, interest & passion for gardens and gardening.  At meetings we have a guest speaker, followed by refreshments and a raffle, plus plants for sale.

Our regular monthly meetings will begin on Thursday October 13th @7.30pm in the Community Centre when guest speaker David Thornton will be talking about

joining us for our Christmas social evening on December 8th. Annual membership is £10 per person or £2 per meeting – all are most welcome.

Everyone is welcome to come to the annual Coffee Morning and Lunch in aid of The Macmillan Cancer Support Charity which will be held in South Luffenham Village Hall on Friday 30th September.

Coffee/tea and cakes to eat or buy will be available from 11.00am and lunch from noon-1.30pm.

If you are willing to bake a cake, cook a lunch course or help on the day, please contact Noel Seymour on 01780720112 or noel_seymour@uwclub.net

The money raised is used to provide essential support to people who are living with cancer and their families. One in three of us will face cancer, and the money raised at the coffee morning will help Macmillan make sure no one has to face it alone.

Offers of help on the day or cakes, preserves and raffle prizes would be greatly appreciated.

Daphne Stanley kindly hosted a fundraising coffee morning on 7th September, and successfully raised just over £300.00 for the British Heart Foundation and ‘For Rutland in Rutland’, beating last year’s total.

Many thanks to those who supported the event and donated to good causes.

P.S. Daphne has also said that one of the visitors left behind a ladies ‘Indigo’ brand fawn coloured cardigan.

Last year was a bumper year, and we knew it would be a hard act to follow.  Indeed there were fewer entrants (32 in total) and entries (270) overall, but the
hall was still filled with a glorious array of fresh and home produce, flowers and crafts.
Village shows such as ours are an important tradition both as a community event and as a celebration of the traditional pastimes and skills in growing, making
and baking. Jim Bolton, the Club’s president echoed this sentiment in his speech, emphasising the importance of passing on and encouraging these skills in the
younger generations.

It is fair to say we were deeply disappointed by the lack of children’s entries.  However the boost in popularity of flower arrangements continued with the new
prize of an RHS Grenfell Medal was awarded for a second year, and for the first time we also awarded the RHS Banksian medal for most points won in the home-
grown fruit and vegetables categories.

Hopefully some people will have been encouraged to have a go themselves next year – ANYONE CAN ENTER NOT JUST MEMBERS, and we can drum up some enthusiasm from
the younger generation.  We would like to make some changes to the children’s classes and would be grateful for suggestions at any time.
A big thank you to everyone who made the effort to put in entries, and particularly to the Garden Club committee and a small army of volunteers who helped the
day run so smoothly. 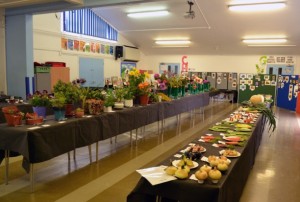 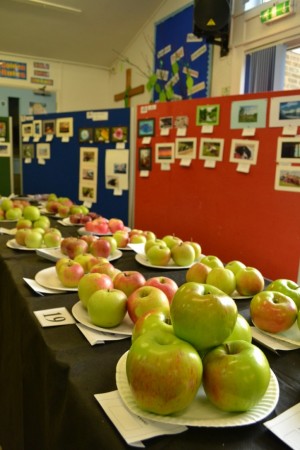 Overall Winner (most points in the show) – President’s Cup 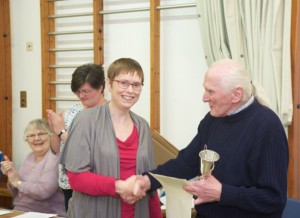 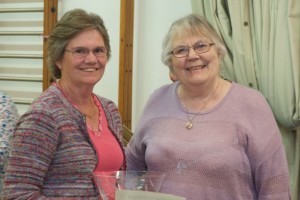 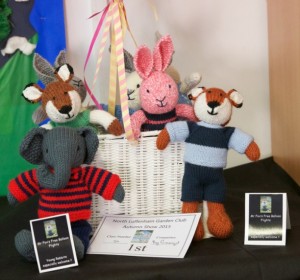 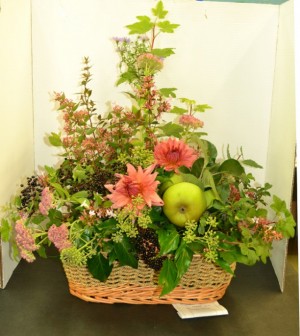 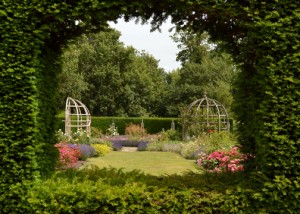 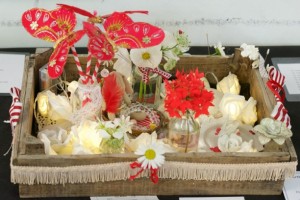 Sunday September 13th – from 2pm at the Community Centre 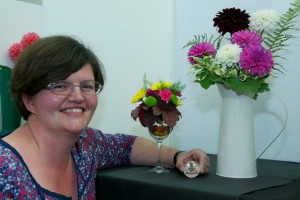 All are welcome to come along and view the fine display of this year’s local produce and crafts – our annual show is a celebration of what people have achieved in their gardens and allotments and a showcase for hidden talents in cookery, flower arranging, painting, crafts and photography!

The show is open to EVERYONE, not just members.  Please come and show off your handiwork – there is a wide variety of classes to enter covering fruit and vegetables; pot plants and cut flowers; flower arranging; home produce; arts and crafts; and photography.

ALL CHILDREN’S CLASSES ARE FREE TO ENTER – with CASH prizes to be won!

Schedules are now available, and entry is easy.  Choose the classes you wish to enter, fill in the entry form in the middle of the schedule and return it to us with your entry fees by 5pm the day before the show (Sat 12th), bring your entries to us on the morning of the show between 8.30-10.30am then come back in the afternoon to see if you won!