The Gesualdo Six (a younger version of The Kings Singers) will be appearing on the Radio 3 programme In Tune on Monday 28th August a couple of days before appearing in North Luffenham on Wednesday 30th!

Don’t miss a memorable concert of music from the Renaissance to light present day tunes –come and drink a glass of Last of the Summer’s Pimm’s to say farewell to our wonderful summer before the Autumn weather. 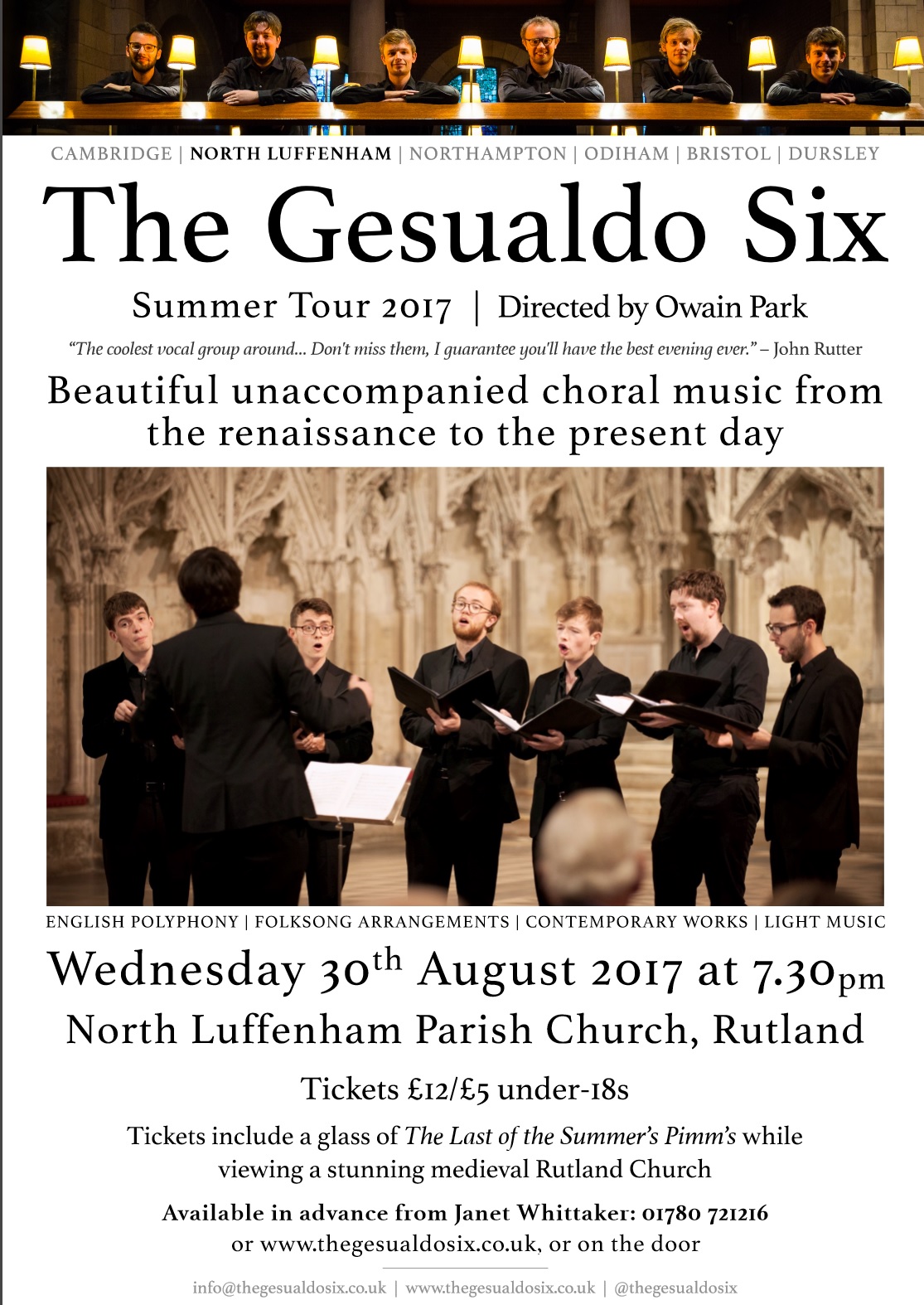 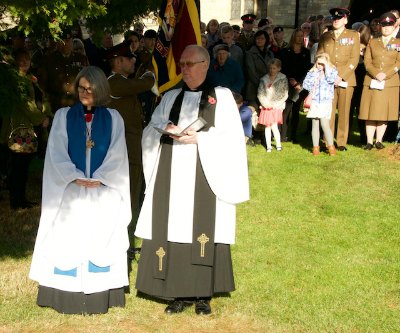 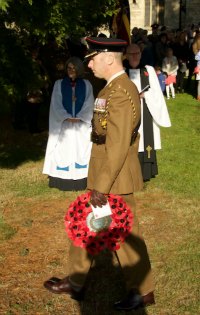 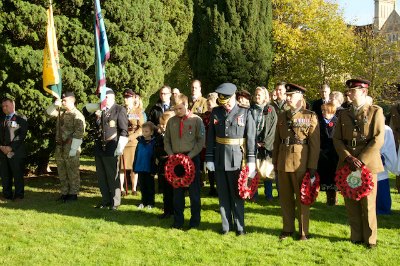 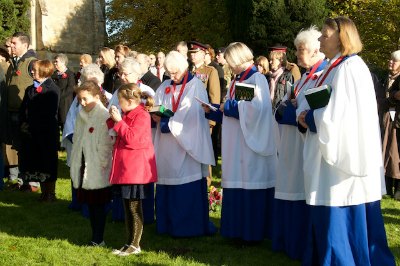 A Service of Remembrance is being held in the Village Church at 10.45am tomorrow, where we will be joined by local military units and youth groups and will commemorate the contribution of British and Commonwealth military servicemen and women in the two World Wars and later conflicts. 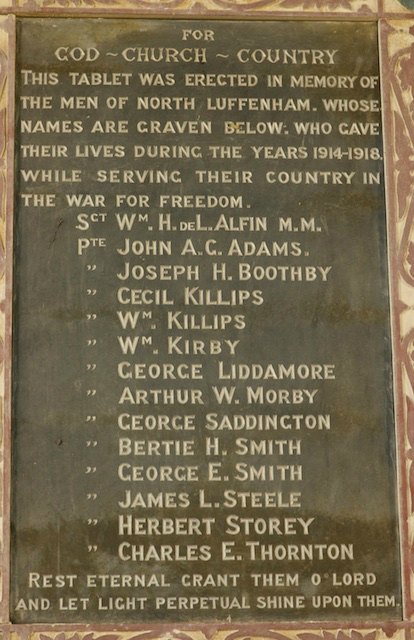 You can read about the 16 from North Luffenham who fell during WWI from this series published during the past week.

Remembrance Day is being marked this year on Sunday 13th November. A Service of Remembrance is being held in the Village Church at 10.45am, where we will be joined by local military units and youth groups and will commemorate the contribution of British and Commonwealth military servicemen and women in the two World Wars and later conflicts.

During the coming week we will publish details of those 16 Villagers that died during that dreadful conflict. 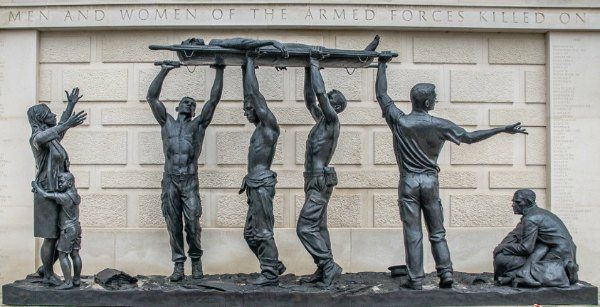 The Battle of the Somme was one of the largest and most well-known battles of World War I. It lasted from 1st July to 18th November 1916 on the banks of the Somme River, in France.

It was also one of the bloodiest battles of the First World War, or of any war before or since.

An estimated 1,000,000 men were killed or wounded, including about 485,000 British and French troops. Further details can be found at: http://www.rutlandremembers.org. 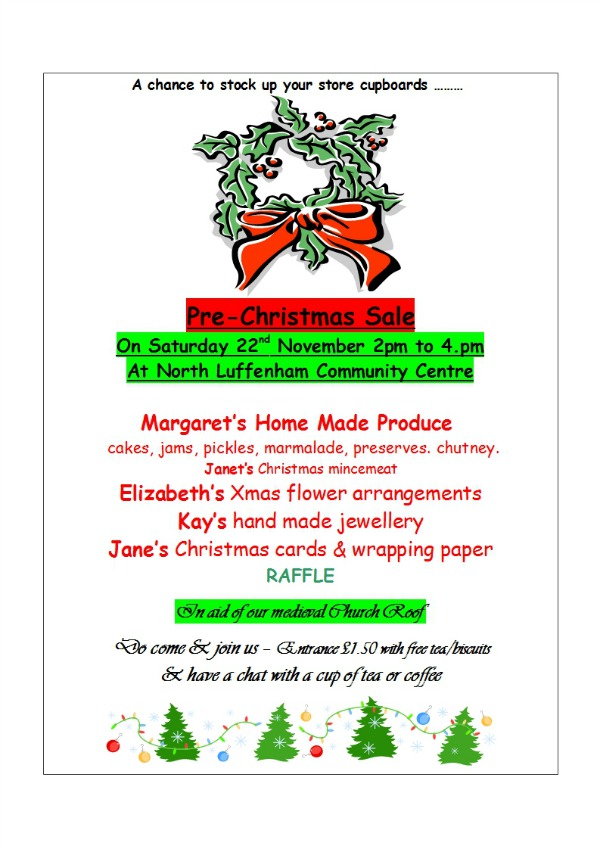 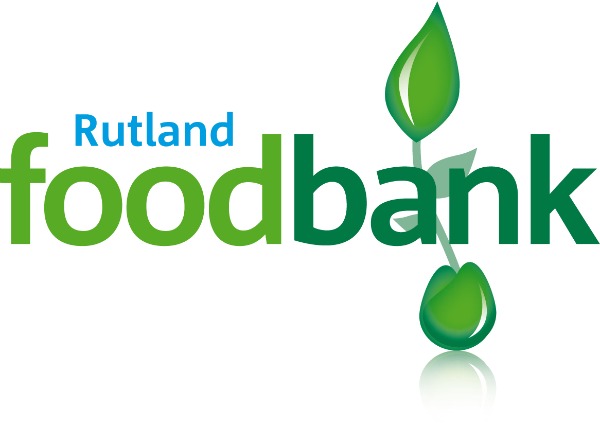 In a simple practical way

This is a joint venture of our Congregation & the children of
St. Mary & St. John C.E.V.A. Primary School
who will clear our hamper every Monday morning

As part of commemorating the First World War Centenary, North Luffenham church would like to have some suitable kneelers made.

These tapestry kneelers are a way of remembering the valuable lives and sacrifices made by those people, both on the battlefields and on the home front.

The kneelers are embroidered in simple cross stitch and they can be worked on by various people in turn. Some designs are more complicated than others.

Details can be found on Church Kneelers. 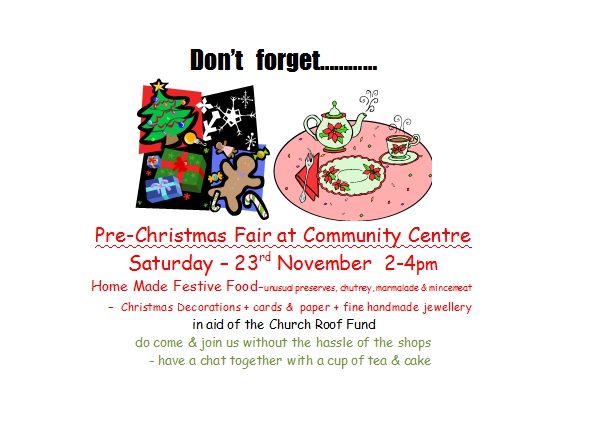 Pre-Christmas Fair at the North Luffenham Community Centre on Saturday, 23rd November from 2 to 4pm.

In aid of the Church Roof Fund.

Do come & join us without the hassle of the shops, and have a chat together with a cup of tea & cake. 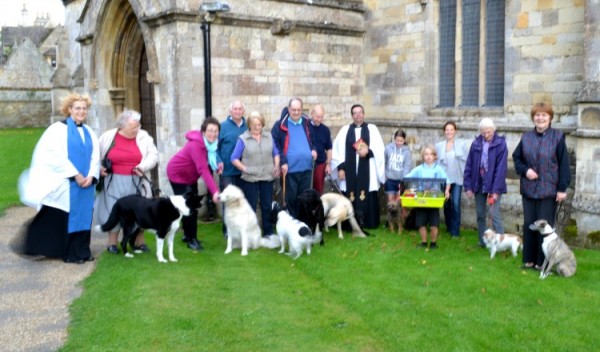