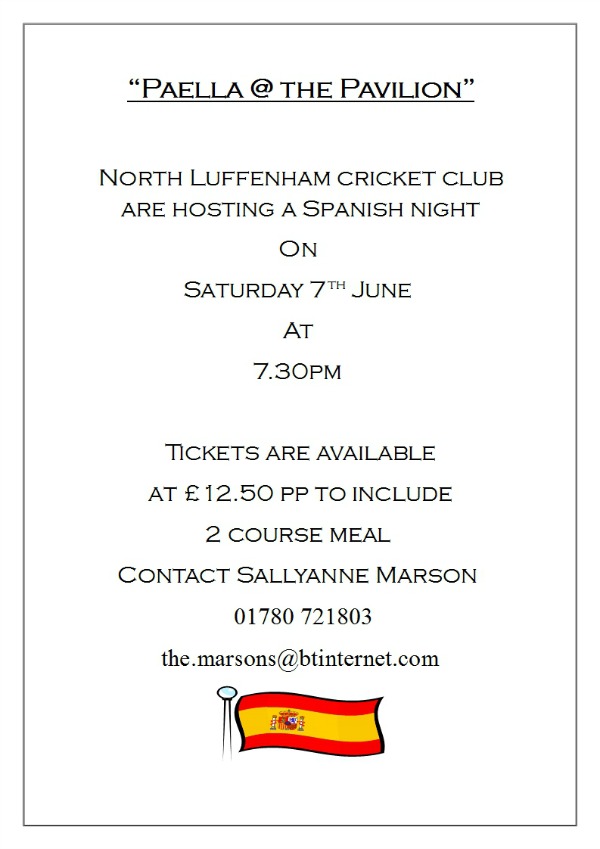 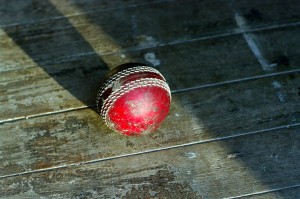 Please note that the Cricket Club AGM this coming Sunday, will be held at the pavillion, starting at 11am. 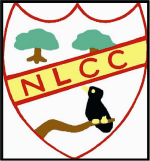 The Cricket Club will be holding their AGM on Sunday February 2nd @ 11am in the Cricket Pavilion.

All welcome – Agenda will be published beforehand, but will cover Junior Cricket, Nets, Club Finances and the coming seasons games.

Check the January What’s On Guide for North Luffenham to find out what’s happening in the village this month.

Do you have one of these social media accounts? 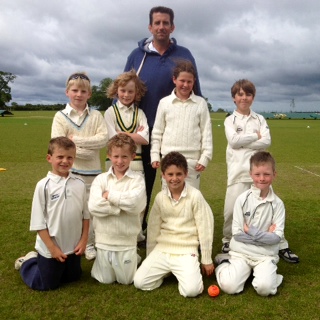 After another win at Uffington, the U9 cricket team remain at the top of the league alongside Burghley Park.

We play Ketton this Sunday, at home on the Oval, starting at 10am. You are welcome to join us for tea & coffee, and cheer the team on! 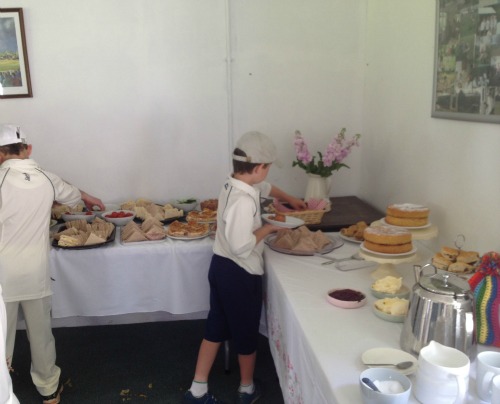 They played 2 matches. Lost the first game against a very good Burghley Park by 30 runs. Fortified by sandwiches, cakes & scones, and they won the 2nd game against Billingborough!!!

They are currently joint top of the league with Burghley Park so all to play
for.

This weeks game is away against Uppingham.

North Luffenham Cricket Club First team today played the initial game of a series of weekend friendly matches, against Burghley Park at their almost impossibly picturesque pitch in the grounds of Burghley House with an excellent view over the roof tops of Stamford.

The team was a mixture of young blood and what might generously be termed “experienced” players…. A great day was had by all, the sun shone, Burghley laid on an excellent spread in their pavilion including home-made Guinness and chocolate cake and North Luffenham won 🙂 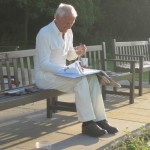 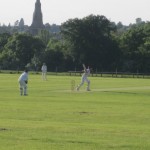 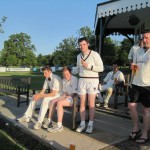 The Spoils of Victory 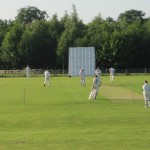 Action from the game:

Teams coming off of the pitch at the end of the match:

The North Luffenham Cricket Club are looking for players to take part in a friendly Cricket Match and BBQ against Burghley Park this Sunday 2nd June at 2pm.

If you can play, please give Woody a call or email info@luffenhamcricket.org.

We are all very proud of our under 9’s who remain undefeated this season after a win against Nassington this morning. 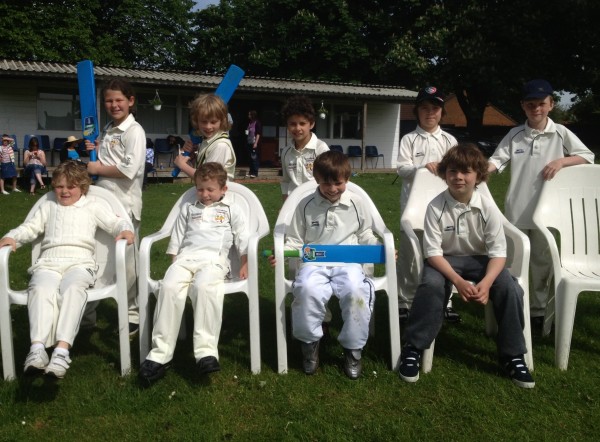 The team was led by Ellen Marson this week.

Our 18 run win was assisted greatly by both sides, parents & villagers who showed brilliant support.

North Luffenham Cricket Club under 13’s made a cracking start to the season on Thursday night, beating Stamford u13’s by 7 wickets, on the Oval.

They bowled out Stamford for 70 runs and knocked off the winning runs with one ball to spare.

Leading run scorer for the U13’s was Geordie Bingham, 14 not out. 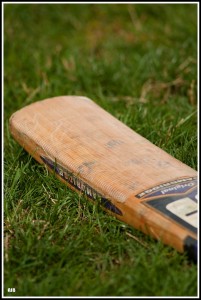 The home team were cheered on by villagers & parents who turned out in support & stopped for a cuppa!

The chilly conditions didn’t deter & it was a great all round game. We have a few shining stars of the future!

Our next home fixture will be on Sunday 12th May with all games starting at 10 am.

Fingers crossed for better weather this season, see you up on the oval!

All games 10am starts

8pm at The Fox and Hounds

held on 13th February 2011 were approved

Denise still has some shirts and will get them to us for the first junior session.

Charles mentioned that while it is sad that there is no main weekend team at the moment, we need to look at the positives of a well maintained pitch and pavilion and run club, with a very successful junior section with a large number of youngsters which is good for the wider picture of cricket. He thanked all the committee & all those who put in the work to keep the club ticking over. It’s important to keep the club in good health because the time will come when league cricket returns at the weekends and it’s our duty to keep the club prepared for that event.

David reported that 3 full committee meetings were held. Thanks to Bill for standing in as secretary during my absence from the village. The club continues to run satisfactorily. Many thanks to Bill, Ken, Colin and Robin for all their help, time & work on the square and the grounds over the past year. David also thanked John King for his continued loan of the ‘Fergie’ to enable the outfield to be cut regularly and also again to Colin for the occasional use of his mini-tractor. A big thank you to Sallyanne for her work with the juniors and to her and her family for the work they have done on the clubhouse in getting the inside looking good. Fixtures were now settled for the Burrough Mid Week League and we are awaiting details of the Rutland 2020 competition. A few friendly games are going to be organized for May to August. Already been approached by Laxton.

Robin presented accounts for 2012 which showed a net surplus of £104.21 for 2012, meaning that at the end of 2012, we had a working balance of £1,361.18. Expenditure for 2013 will need to be addressed at the next committee meeting and ideas for a fundraising event. Charles thanked Robin & the accounts were adopted unanimously.

The junior section continues to be the success of the club. No firm decision had been made yet in regards to the number of age groups to play in 2013 but it was hoped we would be able to offer U9, U11 and U13. A coach and manager would need to be found for the U13 group. The meeting thanked Sallyanne for all her hard work.

Pete Burrows reported that the Facebook account has been re-activated, as have the domain names for the generic email addresses. We have an NLCC page on the village website at https://northluffenham.com/clubs-societies/cricket-club/. We need to promote the website to all players, VP’s and club members, and get them to subscribe, to get alerts of any village and cricket news. Charles thanked Pete for his work on this.

Bill reiterated the thanks to Ken, Colin and Robin for their help over the season with the square and outfield and especially to Sallyanne and her family for their efforts with the clubhouse. The square preparation has already started. Equipment is all ok. The cooker for the kitchen has been ordered. The meeting thanked Bill, Ken, Colin, Robin and Sallyanne for their hard work.

John King wished to stand down as President of the club. David to send a letter of thanks to John for all his support over the many years of being our president.

The following were elected:-

President – Bill Whittaker – Bill was unanimously suggested and selected as our new president.

Vice- Presidents – All the VP’s were re-elected, with the change of Bill Whittaker becoming President and John King being elected as a Vice President.

Committee meeting organized for Monday 11th March, 8pm at the Fox and Hounds. Suggestion that the club put together a proposal to the parish council with regards the re-development of the pavilion and cricket nets as part of the proposed recreational development.

Thanks to Bill for standing in for me over the last 6 months during my absence from the village. Committee notified of the resignation of Denise Cunningham and Jo Spiegl from the committee and thanked for their support over the many years.

Income of £800 from the Parish Council for the mowing and £300 from the youth subs. Sallyanne has the tuck tin (approx. £100) to be used as a float for the new season. Current account approx. £1,100 & Deposit account approx £200. Known expenditure of sharpening the gang mowers and insurance.

As we have no captain, there was general discussion about next season. There will be no weekend league team.The Burrough league team will be organized by Woody and Sam Hodson (DH to chase fixtures).DH to investigate possible local friendly games in May, June, July and August..

Need to get the cricket club details onto the North Luffenham website, especially contact details for youth cricket and fixtures.

Very tidy clubhouse – big thanks to Sallyanne for sorting this out. Need to get 2 black camera club boards moved from the away changing room. Discussion about purchasing a cooker and/or BBQ. Consensus was to get a cooker. To be looked into in regards to cost and location in the kitchen. Water if currently off. Gazebo and gas BBQ seem to have disappeared.

Sallyanne has agreed to be in charge of the youth section. She had basically been doing the role the previous season and doing it fabulously. Youth meeting needed before season starts. U12 and U10 teams entered into winter league. Plans for next season is U7’s, U9’s and U11’s. U11’s to
be coached by Robin and managed by Bill, with help from Matt. U9 squad– going to look for a qualified coach (Bill to investigate). Will need a parent(s) to manage. Rest of the U9’s and U7’7 to be coached by Tim Osman, Graham and Jo. Need to get adverts etc into primary school newsletters and the camp and the Mercury. Fees for 2013 – £10 membership, £3 per week per child subs, £5 max per family.

Outside nets have been fixed. Bill to contact UCC regarding mid-week winter net sessions.

100 Club running OK. With no senior side, there seemed to be some perceived apathy within the village as to running a race night fundraising event for the cricket club. Thought not fully shared by the committee. Future event to be discussed at next meeting, but ideas of a race night, casino night, curry night, BBQ and a quiz were all mentioned.

Date of AGM – Sunday 24th February 2013 at 11am in the Pavilion. David to contact all VP’s re GM and thank them for their continued support of NLCC.

Date of next meeting – to be arranged at AGM.

The North Luffenham Cricket Club wil be holding its 2012 Annual General Meeting on Sunday 24th February 2013 at 11:00am in The Pavilion on the Village Oval.

Anyone is welcome to attend, members or non-members.